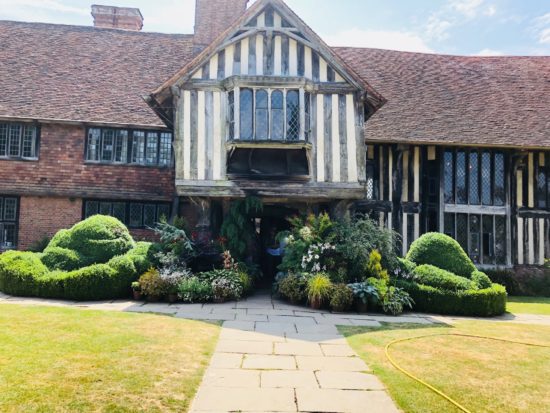 Rose and I traveled to England early this month with Story May Lowe, our 11-year-old granddaughter. To Story, I am known as Babu a name I inherited. My grandfather was also known as Babu. I’m not sure why.

Story has grown up around gardens and loves a good adventure, though our visit was not purely about gardens and parks. While in England, Story got to see Harry Potter and the Cursed Child,as well as Highclere Castle, where they filmed Downton Abbey. Big highlights! She also learned how to hail a London taxi, and she caught her first glimpse of Great Dixter. 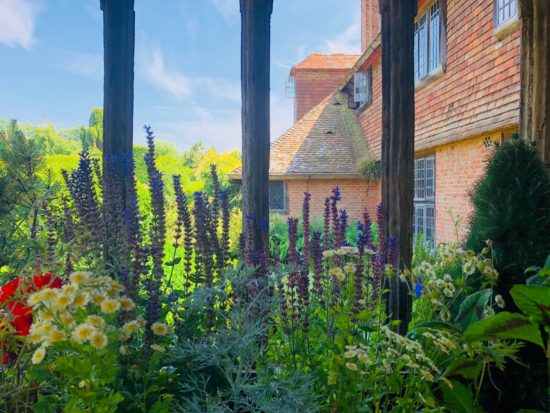 Great Dixter, in case you don’t know, is an historic home and garden in East Sussex, England. In its quiet way, Great Dixter has made the successful transition from legend to legacy. I think of Great Dixter as sacred ground. Thankfully, it continues to be in very good hands.

Okay, I confess: I am partial. 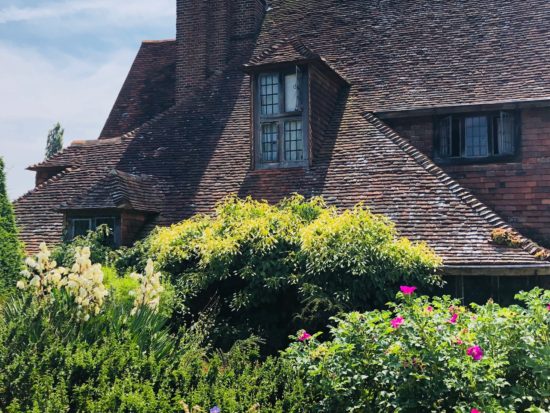 The late Christopher Lloyd, gardener and writer [not to be confused with the American actor Christopher Lloyd, who is still alive] spent most of his life at Great Dixter. He was a good friend. Fergus Garrett is a friend, too. Fergus was Christopher’s Head Gardener and sparring partner. (I have been ringside for one or two of the their collaborative give and takes.) Their mutual admiration was unquestioned. Fergus is now Great Dixter’s C.E.O. He juggles fiduciary chores with his long-standing position as Head Gardener. 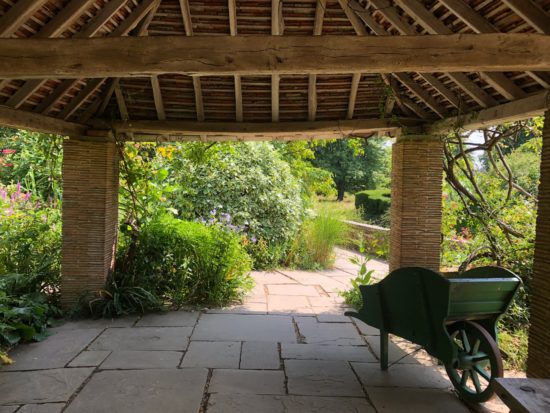 On July 4, happy for a holiday from President Trump’s, inescapable presence, Rose, Story and I drove down to Great Dixter from Wimbledon with our friends Vickie and Nick Brookes. In my view, there are a few essential places in the world that anyone who holds a trowel must see. I was very fortunate and happy to share Great Dixter with the Brookeses and with Story. Rose and I had been guests of Christopher Lloyd on a few previous visits. This visit, my first since Christopher died in 2006, felt like a homecoming. 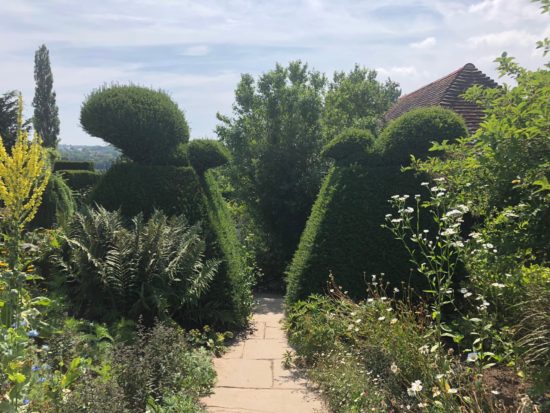 Christopher Lloyd was such a fun and brilliant man. He was a joy to be around. He came to North Carolina in 1985, on his first US lecture tour, and stayed a night with me—on a bed the cat had peed on the night before. He didn’t seem to mind at all. “You must come to my house sometime.” And I did! He suffered no fools and had a wonderful wit. His family were familiar with Vita Sackville-West and Harold Nicholson, who lived down the road at Sissinghurst Castle.

Paul McCartney was a neighbor and occasional dinner mate. Christopher proudly told me he’d never heard his music, at least not when they were first introduced. He later acknowledged that he’d seen a BBC special with McCartney, at a friend’s house in the village (he didn’t own a TV) and said “He was quite good.” But more commonly, Christopher was just as happy to have interesting souls—of all stripes—as guests.

Fergus invited us for lunch. Afterwards we scattered, wandering the gardens.

Story has turned out to be a fine young photographer. She is a lot more patient and creative than I am. I handed her my iPhone and told her to make a few impressions.

A few days later, I interviewed her about the visit. She had known little about Great Dixter beforehand.

All of the photos in this story are Story’s, except where noted.

Babu: You’re a gardener, aren’t you? 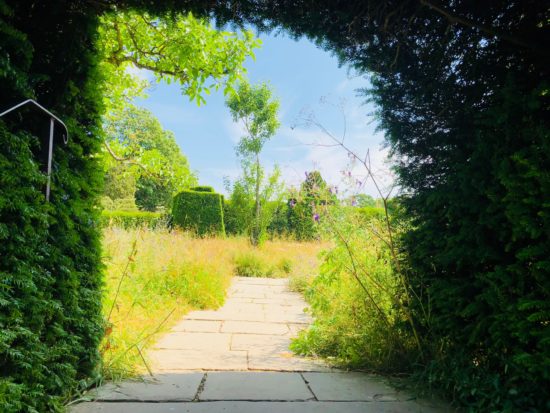 Babu: Do you know many gardeners?

Story: Yes, I’m related to a lot of gardeners.

Babu: What was your first impression of Great Dixter?

Story: Fergus was really nice, very enthusiastic. The house was beautiful and old, and the flowers were amazing. The house seemed so simple but exquisite.

Babu: What impressed you the most about the gardens?

Story: I liked the arched doorway. The pond and topiary were pretty, too.

Babu: Did Great Dixter remind you of a fantasy?

Story: Some parts seemed otherworldly, but some parts just looked like a garden. I liked the hedge with a door through it that led into a meadow. Most was really groomed and colorful, but the meadow was wild and dry.  That was different. I liked the flowery parts of the garden better.

Babu: It was hot and dry that day, wasn’t it?

Story: Yes, it was hot. A lady had a heat stroke.

Babu: Was she okay?

Story:  Yes, she went off to cool off.

Babu: You photographed the flowers that you liked the most?

Babu: What were your favorite flower colors?

Story: I liked the red flowers and purply-blue ones the best. There was this one red flower with black spots that I liked a lot.  That might have been my favorite. I like bright orange flowers too, because they seem exotic.

Babu: Would you like to go back to Great Dixter someday?

Story: Yes! I’d like to see how the garden changes.

Babu: Anything else you want to say?

Story: If you haven’t been to Great Dixter, I’d recommend you go. It’s majestic ‘cause there aren’t a lot of new buildings around and it feels like being in the past. That was cool. I like history.

Great Dixter’s Fergus Garrett will be speaking in Raleigh, NC, at the Perennial Plant Association’s symposium at 8:15 on Tuesday morning, August 3rd.

Great Dixter Through the Lens of an 11-Year Old originally appeared on Garden Rant on July 19, 2018.