Just off our front porch, a Phlox of sentimental interest didn’t flinch during heavy storms a week and a half ago.

But what about spies?

During the storm, Alfred Hitchcock’s 1959 “psychological fable” North By Northwest played on TV. Our power flickered as foreign spies mistakenly identified and then kidnapped Cary Grant for their own no-good. Grant’s life was turned upside down. He was soon suspected (wrongly) of murder. Grant hopped a train, tried to get away, and fell for a seductive double agent, played by Eva Marie Saint, but soon realized he had been played.

The winds were crazy.

We didn’t lose power, but the chase was on.

Strong winds barreled through Central Kentucky that night and knocked down a lot of trees. 80,000 homes were without power.

Waves of ferocious storms, followed by convoys of utility company trucks and tree crews, have become as common as Japanese beetles perforating the leaves of a perennial Hibiscus.

I’ve had a few nosy neighbors in the past, but I’ve yet to find Russian spies hiding behind my phloxes. I’m a big fan of The Americans, the television show about KGB agents posing as unassuming suburban Americans, so I should keep my eyes peeled.

I’m so naïve. I attended the 2008 NRA Convention ten years ago and wrote about my gun show walk-around on the Human Flower Project. My chief concern, as a benign and not so secret operative, was: Why were the gun lovers at the NRA Convention in spring? They should have been planting pole beans at home.

My feelings will be hurt if I find out Maria Butina and Alexander Torshin came to Louisville in 2016 with gardens on their mind—in even the slightest way. If they had, why didn’t they call me?

A large ash tree, another victim of the emerald ash borer, had taken down our phone line and lay across our Knox Lane. The phone was dead.

Top-heavy sunflowers were knocked over. Zinnias were pummeled and had to be cut back. I propped up a few tomatoes stakes and tightened the trellis for the half runner beans.

Phlox ‘Speed Limit 45’ was not ruffled. 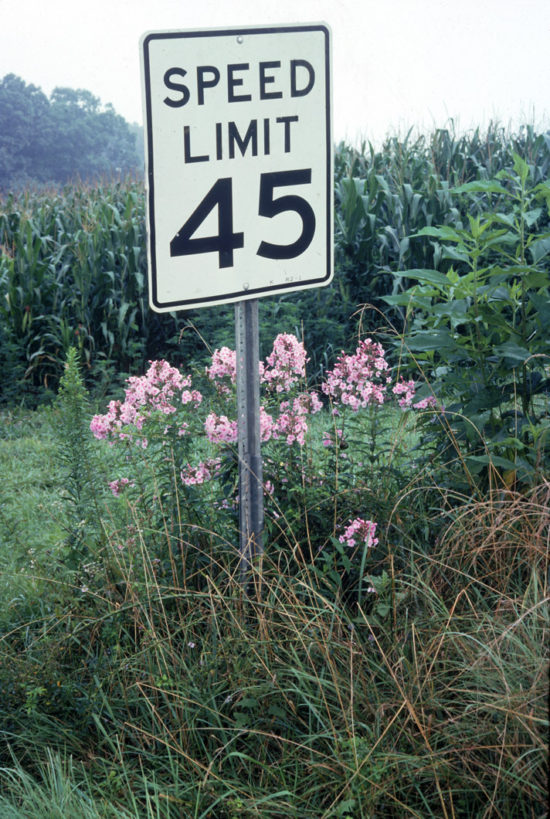 My friend Pierre Bennerup deserves credit for the discovery of this cold war survivor. He was visiting on a hot July day in the late 1980s and spotted the, pink-flowering Phlox paniculata near Mills River, North Carolina. Glasnost—”increased openness and transparency in government institutions and activities”—was being trialed in the Soviet Union. That didn’t work out as well as the roadside Phlox. I’d passed the speed limit sign dozens of times and hadn’t noticed anything until Pierre pointed it out. The Phlox, even if it couldn’t ever win a beauty contest, was growing vigorously. It didn’t have any hint of powdery mildew or virus. I don’t know if it was self-sown or whether someone had planted a passalong Phlox next to the sign. I dug a small piece, propagated it by top cuttings and offered ‘Speed Limit 45’ for sale a few years later. I left the plant behind when I moved home to Kentucky, after I closed Holbrook Farm and Nursery in 1995, but the plant had been spread far and wide.

In 2014, I visited my friend Lambèrt Vrijmoed In Langley, British Columbia. Lambèrt worked with me at Holbrook Farm in the mid-90s, following the collapse of the Soviet Union. He owns Free Spirit Nursery with his wife Marjanne. Lambèrt took a few plant selections with him when he left North Carolina. One of them was Phlox ‘Speed Limit 45’.

Lambèrt gave me a piece. I felt comforted by the return of Phlox ‘Speed Limit 45’.

Two days ago in Raleigh, I heard Christian Kress present an excellent lecture at the Perennial Plant Symposium. The talk was titled: “Exciting New and Old Phloxes—Bred in Russia.”

Kress, the owner of the Sarastro Nursery in Upper Austria, is a renowned plantsman who introduced the popular Sedum ‘Angelina’ and Campanula ‘Sarastro’. Kress has traveled to Russia several times for their annual three-day exhibition that features dozens and dozens of jaw-dropping cultivars of old and new phloxes in full bloom. Thousands of visitors show up for the time-honored event. Dr Eduard Rugel, of the St. Petersburg Botanical Garden, selected nearly 300 cultivars hundred years ago. Today the breeding effort is almost completely in the hands of individuals.

We should trumpet “Make America Great” cultivars like ‘Robert Poore’ and ‘Delta Snow’. They looked really good this week in the long border at J.C. Raulston Arboretum. I love ‘Jeana’ and ‘Shortwood’, too.  And I can’t be without the earlier May, and June-flowering, Phlox carolina ssp. carolina  ‘Minnie Pearl’. We won the space race, but I’m worried. The Russians have their sights set on Phlox.

I’m putting Russian spies on notice: Stay out of my garden!