The quickest 25 min meal ever! This is so simple yet so amazingly good with fresh tomatoes, basil and burrata! 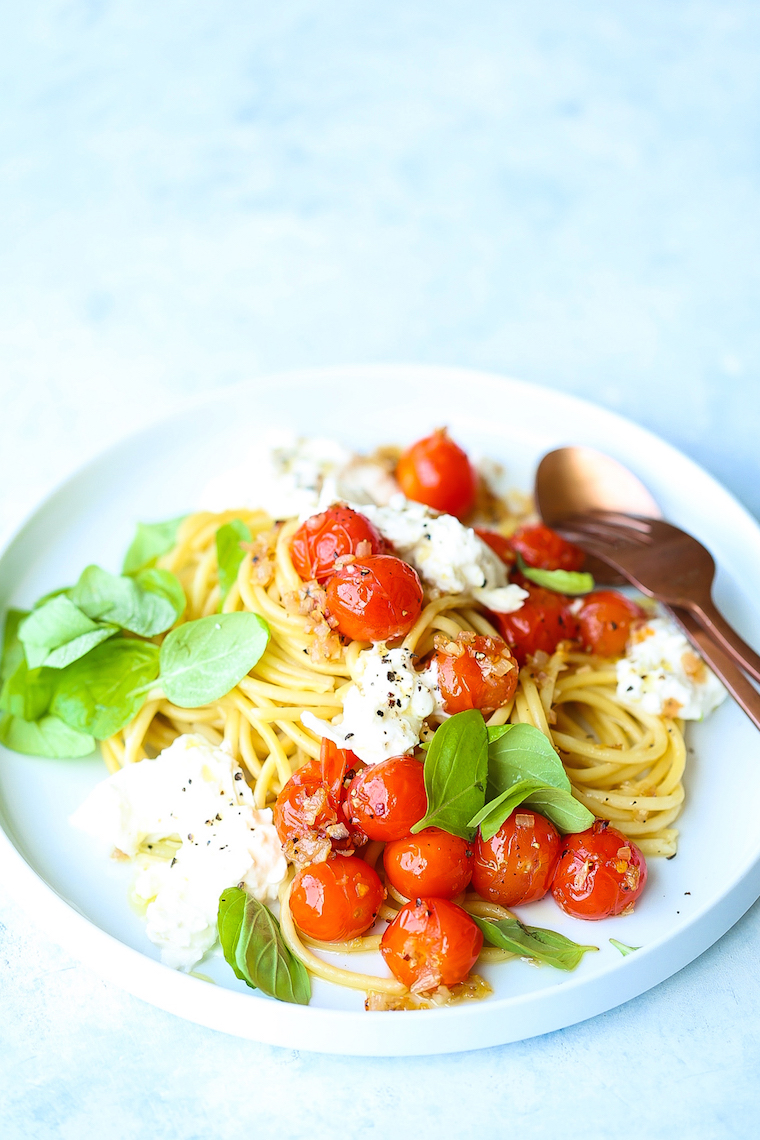 I have never really liked the Summer season.

It’s always too hot. You’re blinded if you ever forget your sunglasses. The AC breaks down and the repairman isn’t available. You forget sunscreen on your feet and they burn like no other. And you bake for hours on end at a baseball game.

Nope. I’m clearly not a summer gal at all.

That is, until now.

This summer pasta has cured all of my summer miseries. Every single one of them. 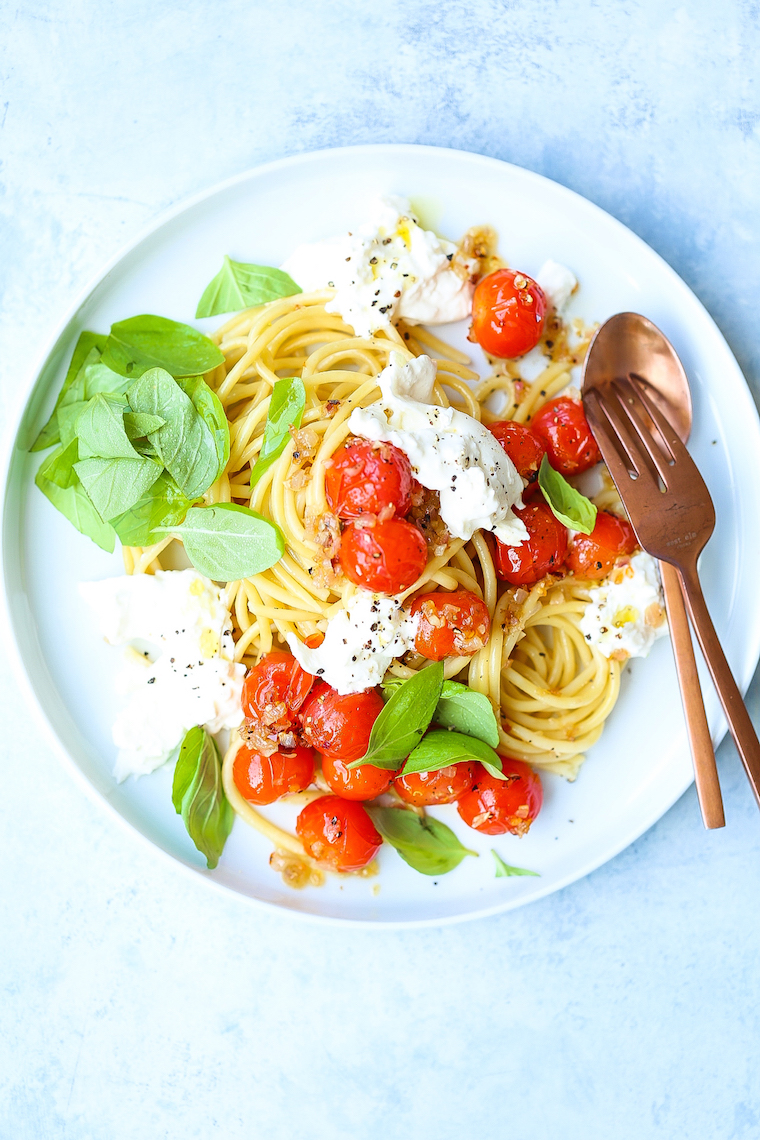 Yes, I will bake at a Dodgers’ baseball game as I did last week. It was so hot we left at the top of the 2nd inning.

I hope Summer stays for a little while longer. Because this 25 minute pasta is pretty stinking epic.

You won’t believe what you’re in for. It looks super simple and basic – but don’t be fooled by it. The slightly bursted cherry tomatoes coupled with the fresh torn basil leaves and dollops of burrata are legit bomb.com.

And if you’re feeling like a daredevil, I would use bucatini instead of the spaghetti. 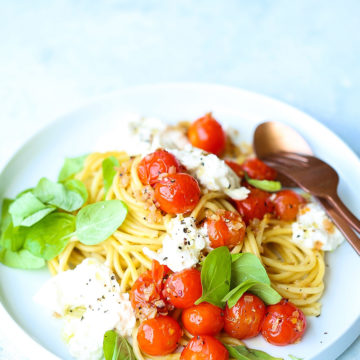 Summer Spaghetti with Tomatoes and Burrata

The quickest 25 min meal ever! This is so simple yet so amazingly good with fresh tomatoes, basil and burrata!
Print Recipe