The MOST HEAVENLY pumpkin donuts! So moist, they just melt-in-your mouth! Coated in melted butter and cinnamon sugar. It’s perfection! 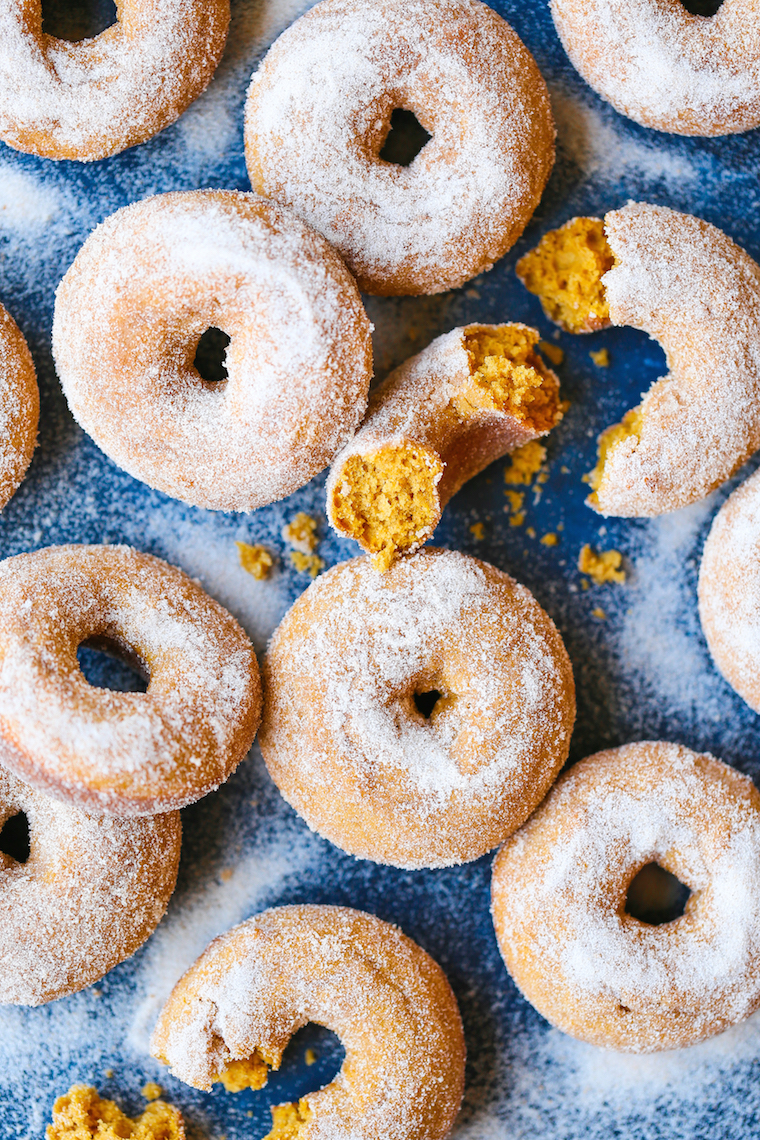 You would think I’ve OD’d on pumpkin by now but I still need more pumpkin this season, and these donuts hit that mark just perfectly.

It’s a cross between pumpkin bread and a donut. So really, it’s just a piece of cake in disguise in donut form. 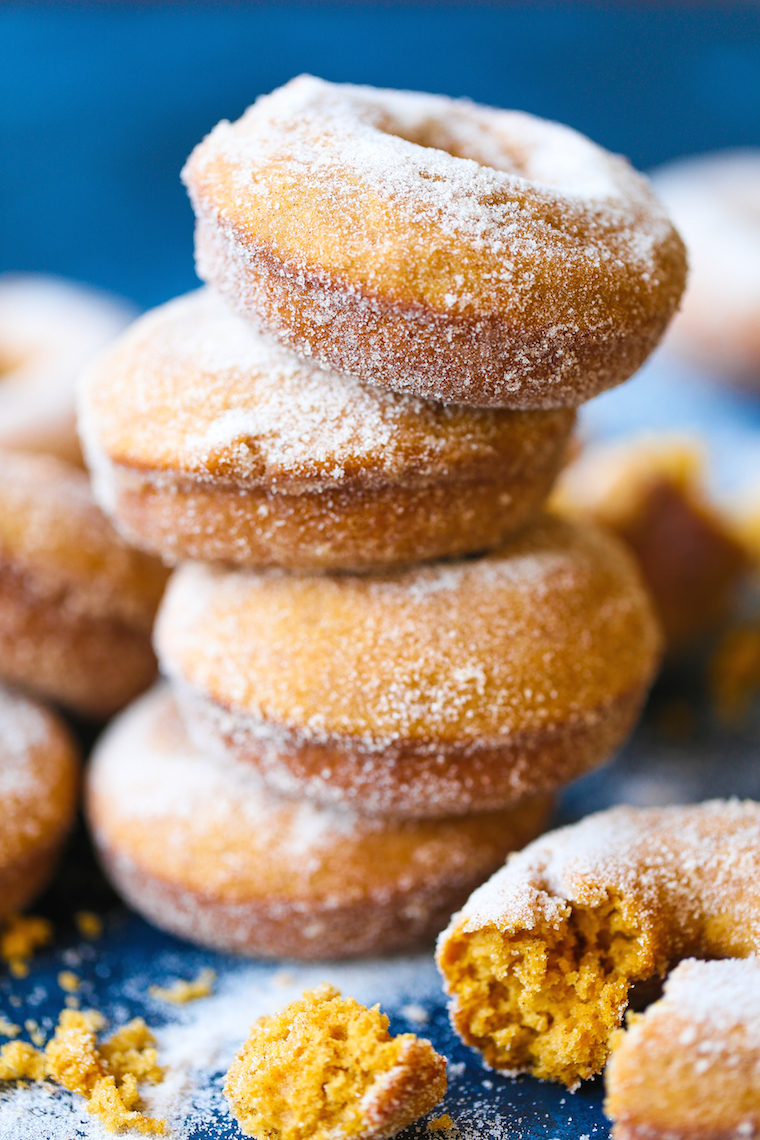 And when you coat it in cinnamon sugar and melted butter – oh. my. goodness. You’ll pray for Fall to stay and never ever leave us.

I already skipped dinner and had four of these.

Don’t tell Ben. We said we were doing the wedding diet together but I broke a few days ago. Sorry! 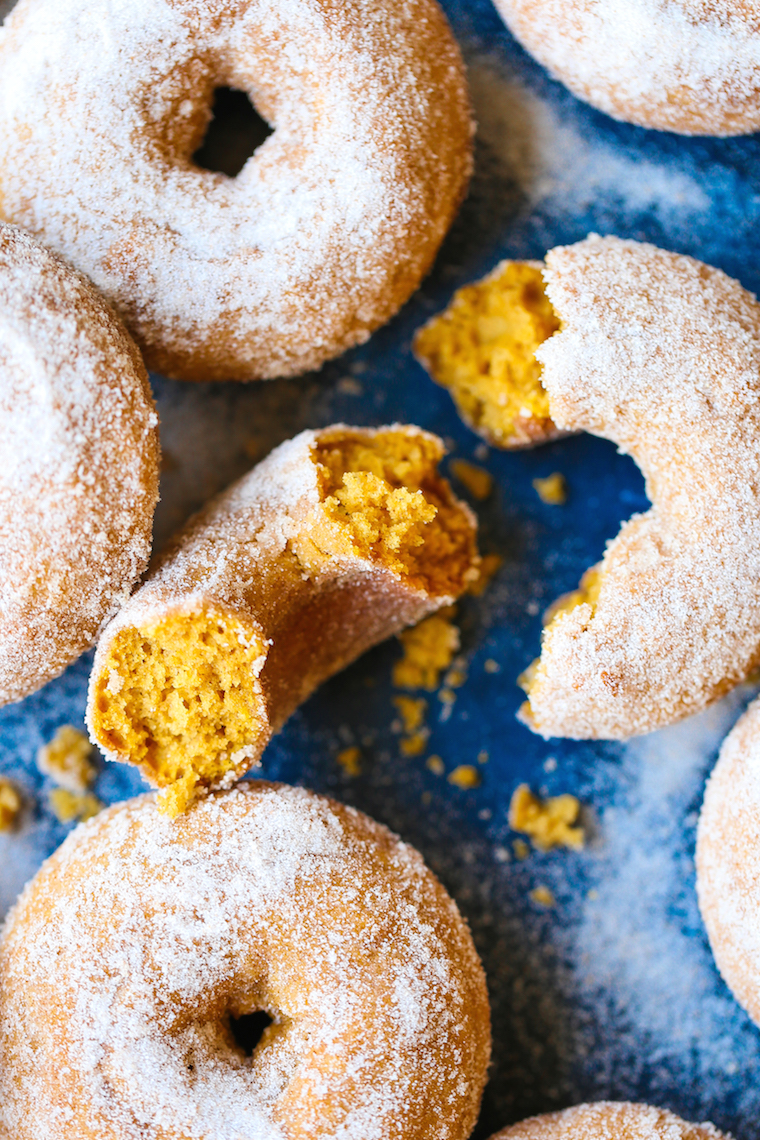 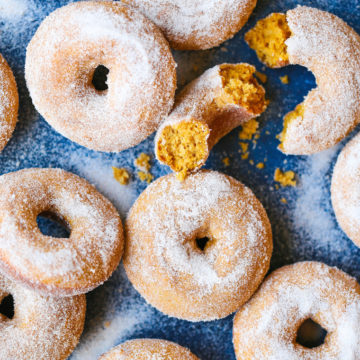