Whip this up in less than 30 min. So buttery, so garlicky, and so easy! Loaded with thyme mushrooms and toasted breadcrumbs! 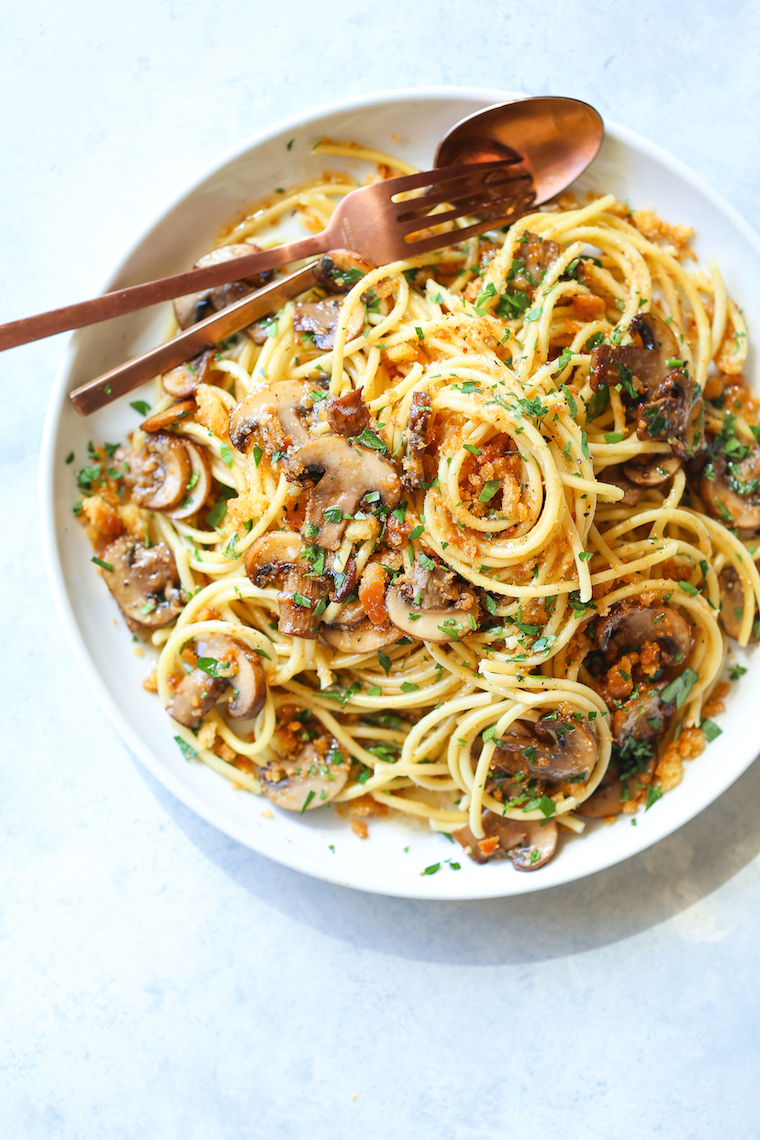 This is basically going to be my dinner every single night for the rest of my life.

I mean, let’s take a look at this lineup here.

Lots and lots of pasta.

All sitting in a pool of brown butter.

It’s pretty epic. It’s also super simple, quick and fast to whip up. It doesn’t require too many ingredients, and it’s pretty much fool-proof because no one will be turning down this butter sauce. And I mean no-one.

So be sure to serve this with crusty bread, a glass of wine and one fork. Because maybe we don’t feel like sharing this one tonight. That’s just my two cents. 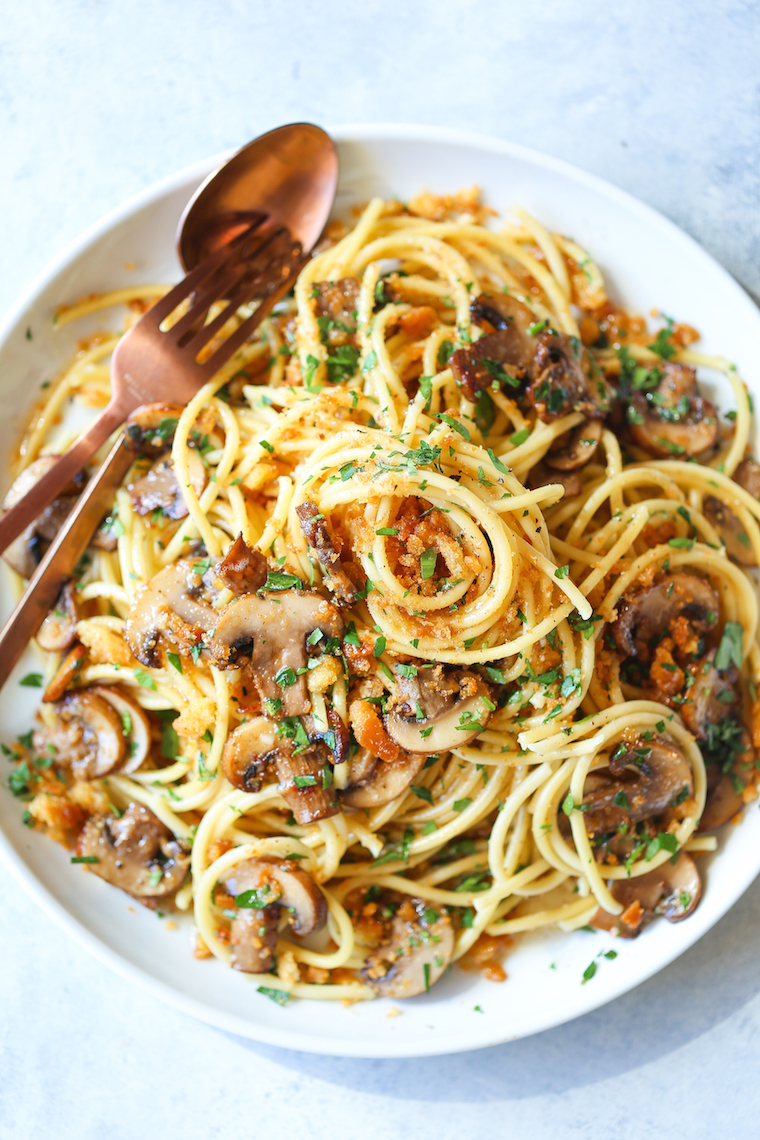 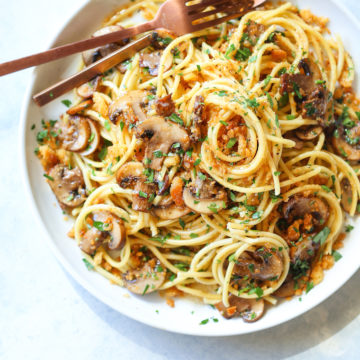 Whip this up in less than 30 min. So buttery, so garlicky, and so easy! Loaded with thyme mushrooms and toasted breadcrumbs!
Print Recipe