Yes, you can now make your favorite takeout noodle soup at home with THE BEST homemade wontons! The wontons are also freezer-friendly! 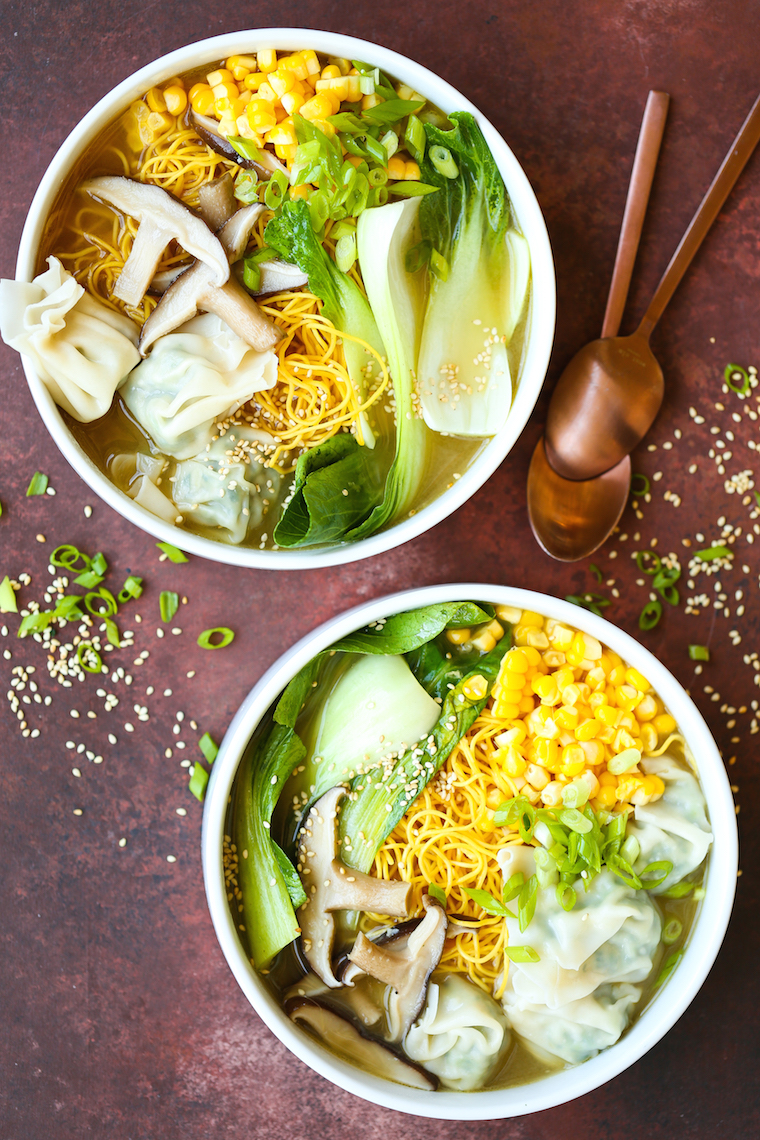 I know. There’s something seriously wrong with me.

But guys, I had so many of these shrimp wontons in the freezer I just had to use up!

I went in a frenzy during the winter, making probably 100 wontons. I might have been preparing for some wonton shortage or something.

Nonetheless, I grabbed my wonton stockpile out of the freezer and threw them into my favorite soup with just the perfect amount of noodles.

I was able to find wonton noodles (these are thin Chinese egg noodles similar to angel hair pasta) at my local Asian grocery store but if you don’t have time to visit a specialty store, you can simply substitute thin rice noodles.

So crank up the AC, guys – it’s time for my favorite noodle soup ever. Also, a few extra wontons in your bowl never hurt anyone. 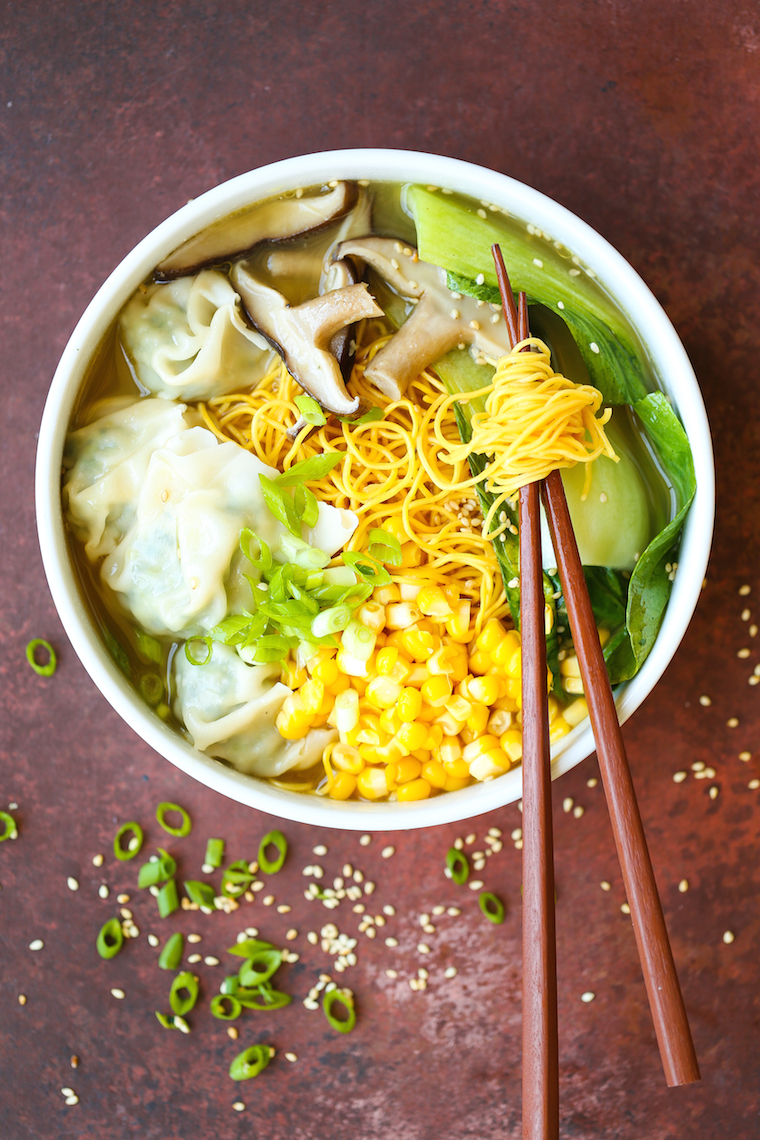 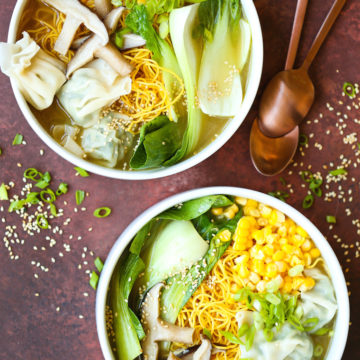 Yes, you can now make your favorite takeout noodle soup at home with THE BEST homemade wontons! The wontons are also freezer-friendly!
Print Recipe

*The filling in the wontons does not have to be cooked prior to wrapping.

*TO FREEZE: Place wontons in a single layer onto a baking sheet; freeze until firm, about 2 hours. Transfer to a Ziploc bag; freeze up to 3 months. To cook from frozen, increase cooking time by 2-3 minutes.