We bought our first house in 1986. Not long afterwards, we met the neighbor from three doors down. His name was Ethan Becker. His grandmother and mother wrote the first Joy of Cooking. Among many other things, he was working on an updated edition, which would publish in 1997. 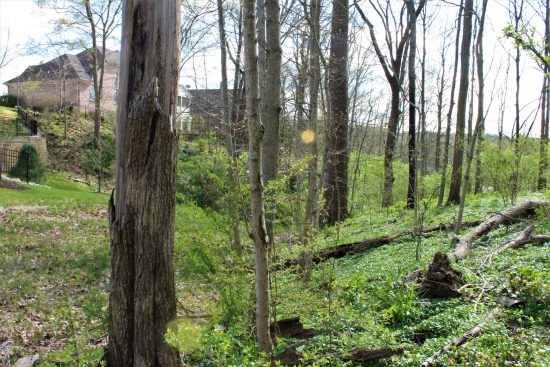 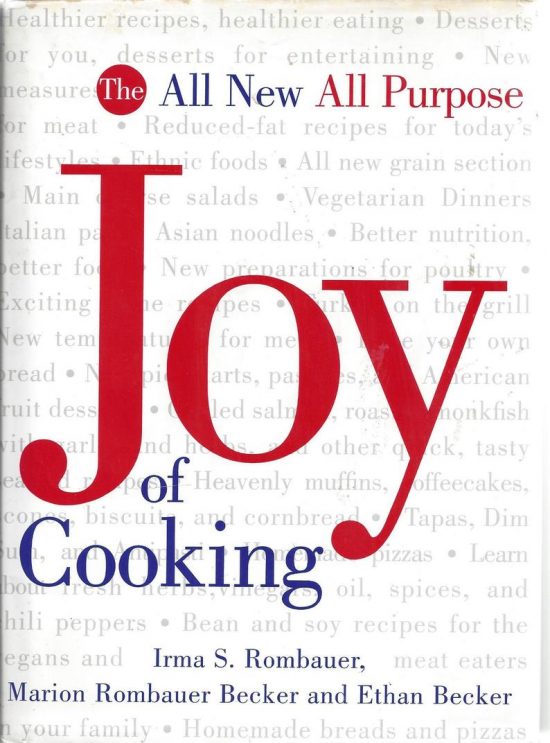 Ethan lived in “Cockaigne”, the Bauhaus home which his father had designed. The kitchen was surprisingly tiny, but the landscape was expansive, about eight acres. One of our favorite parts about it was a wildflower garden his mother, Marion Rombauer Becker, had planted, beginning, I’m guessing, in the early 1940s. This garden featured prominently in the 1971 classic, Wild Wealth, which she co-wrote with Paul Bigelow Sears and Frances Jones Poetker, and was illustrated by Janice Rebert Forberg. From the book, one can envision a garden that was filled in its heyday with an unbelievable assortment of plants. However, by the late ’80s and ’90s, it hosted a dwindling number of species. Things like trillium were losing out to the growing population of deer, but dogtooth lily, Solomon’s seal, hellebores, daffodils, winter aconite, snowdrops, Leucojum, and a few others persisted in quantity. It was magical in early spring, and we enjoyed walking the mixed woods with our two young boys. 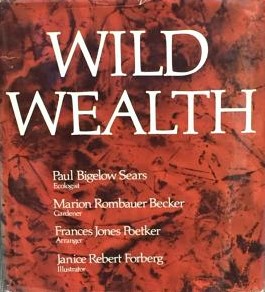 Ethan was a lot of fun. Driven by one of the most adventurous intellects I’ve ever known, he enjoyed a life of travel, loads of friends, and amazing hobbies. My dream life if I ever have the means. Conversations with him meandered far and wide through any number of subjects, but especially history, politics, food, agriculture, and horticulture. I always left wanting more.

His Fourth of July parties were the stuff of legend! Lots of interesting people, amazing food, an endless supply of really good beer and wine, every kind of firework, and the occasional blast from a scaled down replica Civil War cannon that would rock your chest. The boom would echo back from the surrounding hills for what seemed like days. Gotta say, you could do a lot worse than to attend a party thrown by the guy left minding the Joy of Cooking family enterprise! 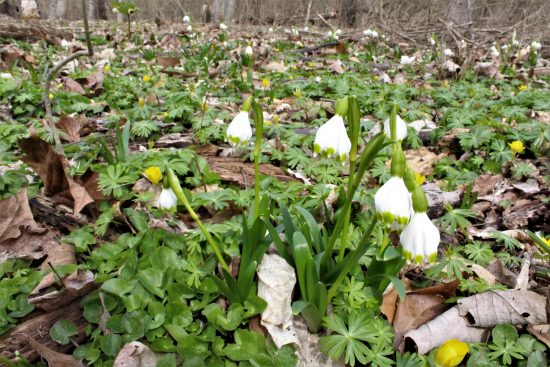 But time passed, as it does. Our kids grew up and moved on, and so did Ethan. He married a wonderful woman from Tennessee, and they found a place well off the path in the eastern mountains of Tennessee. We lost touch. 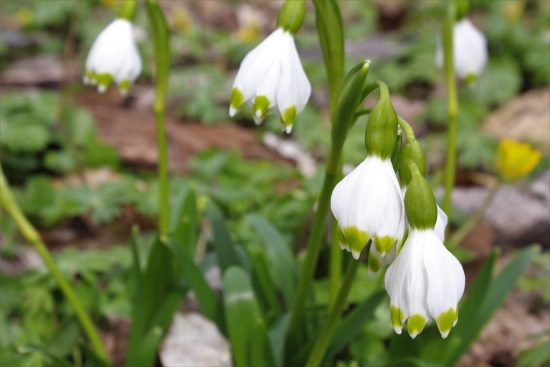 The property was sold to a developer who razed the house and built nine McMansions. Just enough woods carved with ravines was left, however, to give us a little hope that the wildflower garden, or parts of it, remained. We also moved. Just a tenth of a mile up the road, we ensconced ourselves in an old farmhouse we had long drooled over. Although close, we never went back to check out the wildflower garden because we’d have to cross private property to get to it.

But, finally, last year we did. Another lot abutting the old Becker property was sold and a house was being constructed and suddenly we had—for a short window—easy access. 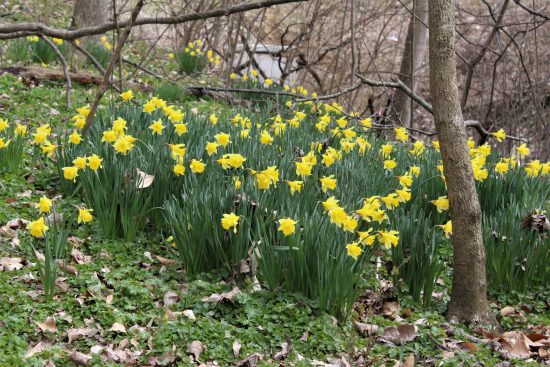 On my first visit, I found a few patches of winter aconite and daffodils. A few weeks later, I went back, bringing my wife Michele with me, and we ventured a bit closer to the houses. There, almost in the backyards, we came across some Solomon’s seal, snowdrops, winter aconite, and a sea of hellebores. Even some Epimedium. Sadly, the rest is gone, lost to an out of control deer population and competition from Amur honeysuckle. We poked around for quite some time. At one point I turned to Michele to find tears streaming down her cheeks. We were both filled with emotions that we could not focus. Were we happy for what we’d found, sad for what was missing? Was it longing for times gone by and friends that had gone? Was it that emotion that cripples you when your mind dwells too long on children who have grown? We didn’t know.

I started to write a blog about this experience, but decided I needed more time to process. What was the story? Was it the emotions we had experienced during our visits, or was it something completely apart?  As gardeners, we find ourselves planting things that will supersede our years, knowing full well they will be at the mercy of whomever currently owns the deed. Was that the story?  Maybe it was just an excuse to mull over the role of exotic plants persisting where most of the natives no longer did, blooming early and supporting those first foraging non-native honeybees. 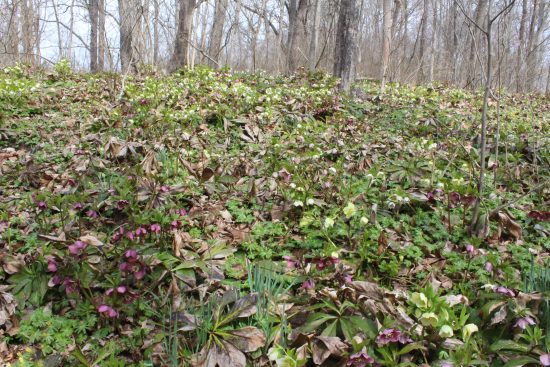 Although I’ve been nagged by the feeling that buried somewhere deep in all this was a potential masterpiece, here I am a year later tired of trying to find it. And so, right or wrong, I’m just going to go with what I’ve got.

At the beginning of March, I wrote a newsletter for our Cincinnati Zoo & Botanical Garden’s Plant for Pollinators program. This is the 2nd year of a program designed to inspire the Zoo’s visitors and those touched by our horticultural outreach, many of whom are new homeowners and potential gardeners, to plant and register pollinator gardens. In short, actually do conservation in their own backyards. In the newsletter, I mentioned that a few early March bloomers like snowdrops and winter aconite provide pollen and nectar for early foraging bees. 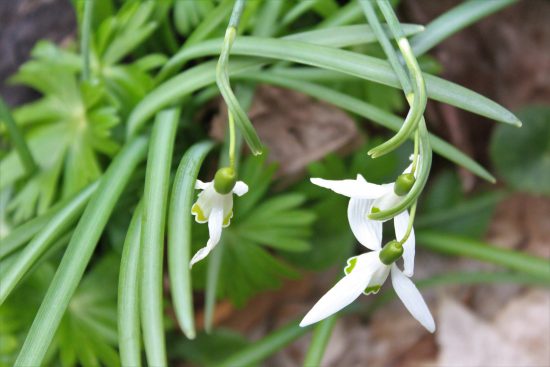 That afternoon, I received an email from someone who identified themselves as a volunteer for a nature center in the region, which is actually even a partner in the Zoo’s program. He wanted to know why I hadn’t mentioned native wildflowers. Then he accused snowdrops and winter aconite of being invasive (they’re not) and the Zoo of profiting from selling these plants (we don’t). The Zoo abides by findings of the Ohio Invasive Plant Council—indeed my boss had served on the board during the years they developed their science-based protocol. Although I was angry, I diplomatically defended our program and my reason for mentioning the early blooming bulbs. These plants bloom very early, even before most of the ephemerals this person had wanted me to write about, and serve early foraging honeybees. I mentioned also that I intended to write about the ephemerals in the April newsletter, when they would actually be in bloom. 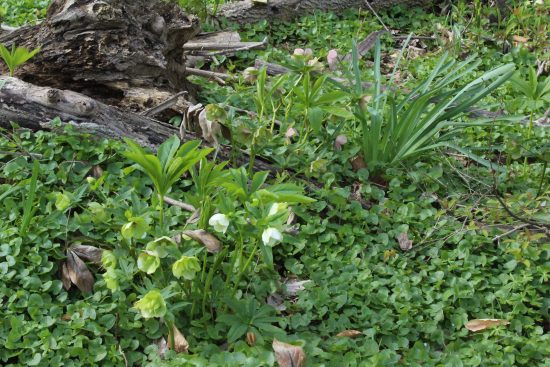 Having fired off that email, which actually prompted a fairly friendly reply, I thought again about Marion Rombauer Becker’s garden for the first time in a while. How many of her favorite plants are gamely forging on many years after her passing and her son’s departure to Tennessee and quietly providing ecological services. Yes, for a world far from pure, and yet for a world that still at least functions. Ironically, the family that willed the nature center the property it sits on were friends with the Beckers. Their garden features prominently in Marion’s section of Wild Wealth. They shared the same gardening aesthetic. It’s a shame a few of their vestige snowdrops and winter aconite are now considered a scourge on the land by some, especially at a time when lesser celandine is threatening to cover it like a lake. 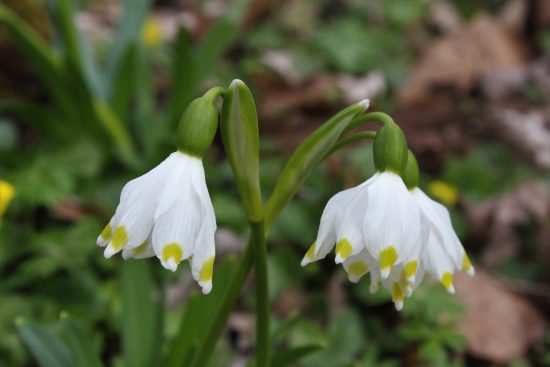 In the end, I’m thinking that leaving behind some hellebores and Leucojum that persevere for decades in some wedge of green space no developer can bulldoze is not a bad thing. If, along the line, those plants in that garden gave Marion Becker pleasure, and young Ethan an appreciation of nature and horticulture, and maybe his son too, that was good. And, if it also happened to give a young family a place to explore its delights together, that too was splendid.

And now I know what I need to do. As maybe one of just a very few people who know the story of what those plants are and why they are there, I must tell their story to the people who live there now. I bet they don’t know. That garden has sustained people over time like a sourdough, and I should at least give one or more of them the chance to knead it, to see what rises, to keep the wildflower walk and its story, alive.

Lingering Plants from a Long Gone Garden originally appeared on GardenRant on March 23, 2020.

The post Lingering Plants from a Long Gone Garden appeared first on GardenRant.