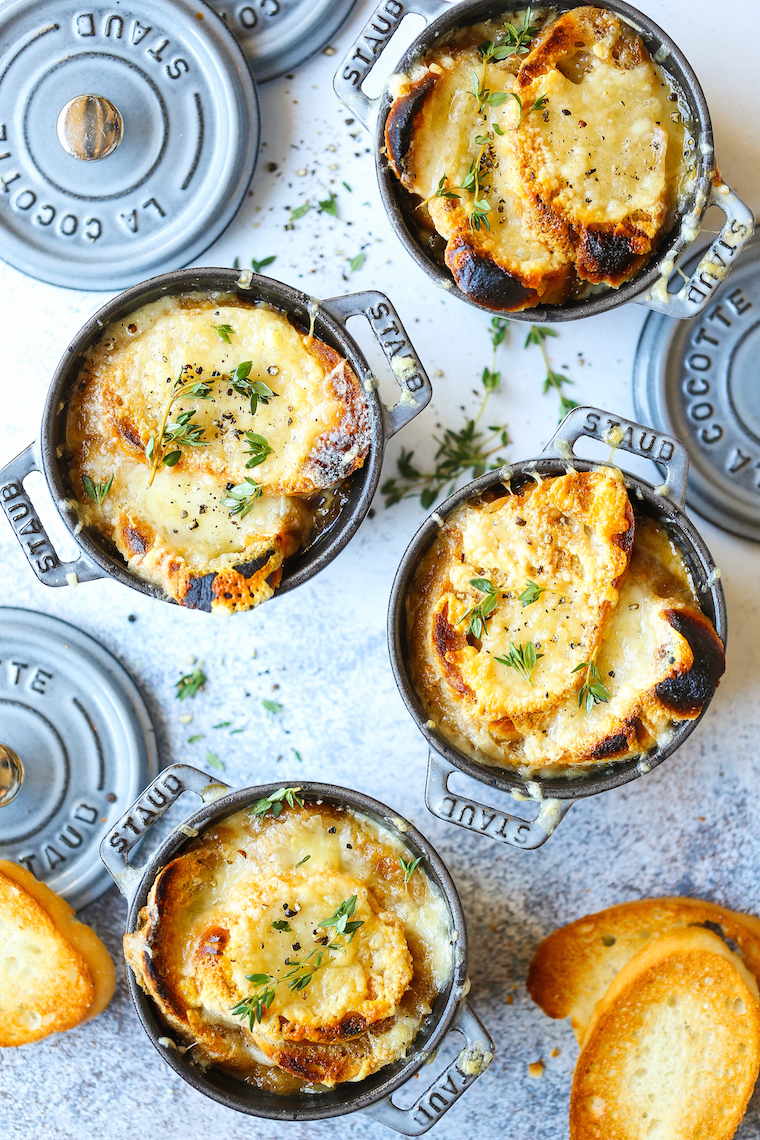 Guys. It is a cold winter in Los Angeles.

We’ve discussed this. Anything below 60 does not bode well with my LA peeps. Except every time I get in the car, it’s actually been 37 degrees F!

So Butters and I have been holed up at home, making THE CLASSIC French onion soup.

And when I say classic, I mean classic. No fuss, no frills.

It’s just your classic, traditional French onion soup. With the most perfect caramelized onions in a cozy stock with fresh thyme sprigs, finished off with crusty French baguette slices and two cheeses – Swiss and Gruyere – conveniently melted on top. 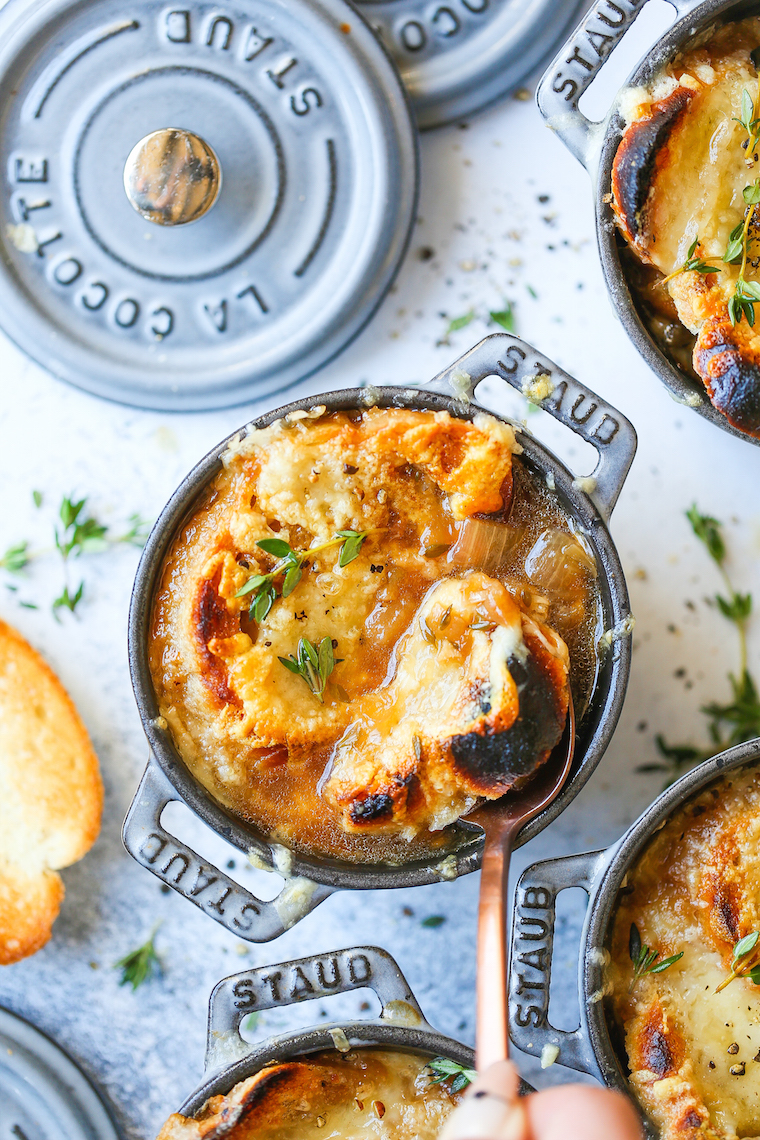 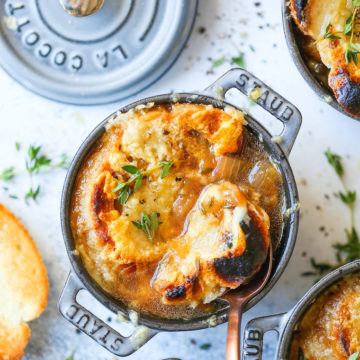 *If the onions begin to burn on the bottom of the pot, reduce heat slightly and stir in 1/4 cup water.