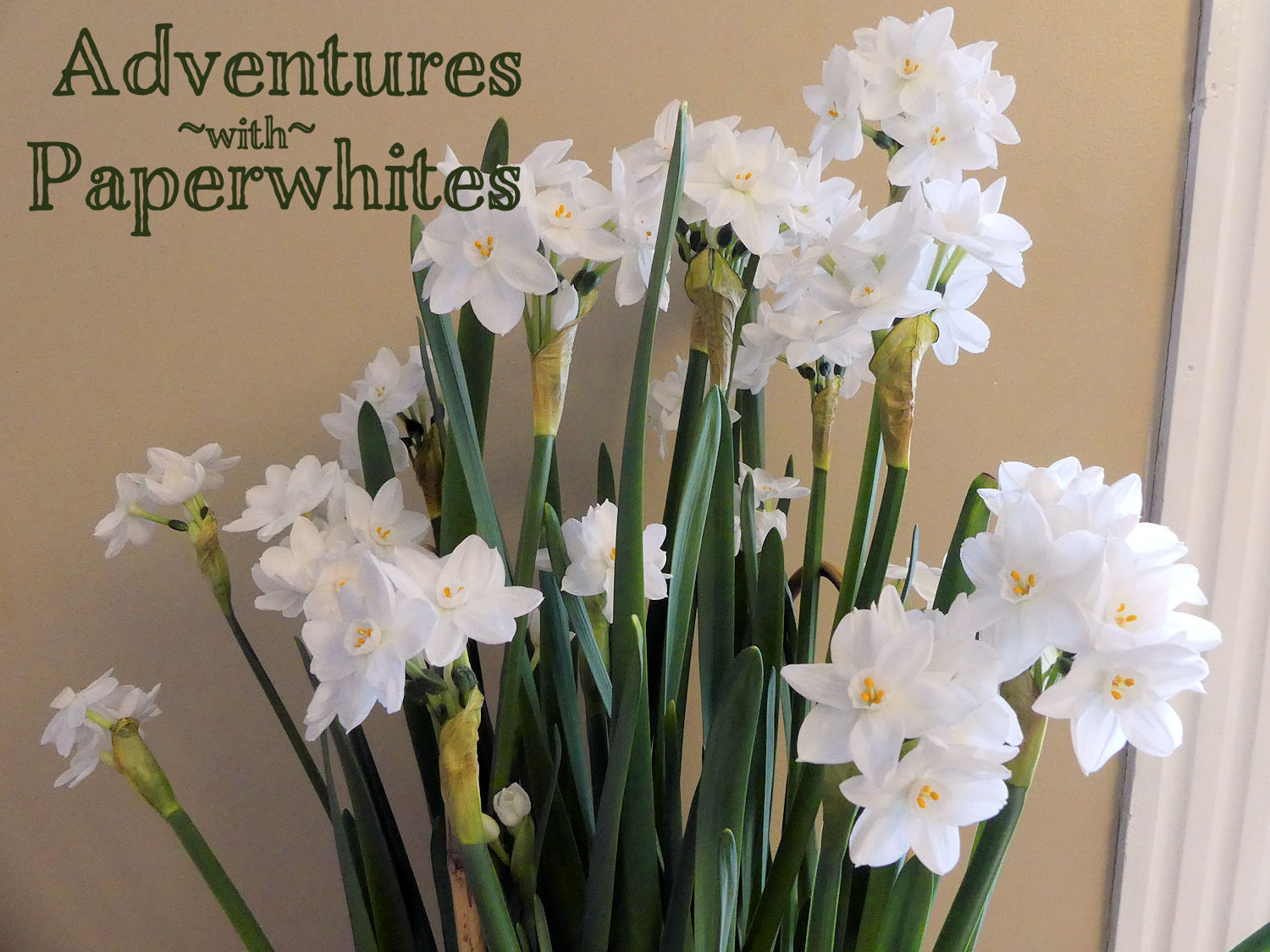 Sometimes an old house with a drafty basement comes in handy. According to Bulb Forcing for Beginners and the Seriously Smitten by Art Wolk, hyacinth bulbs should be chilled for at least ten weeks at 48°F (9°C). Okay, that is the ideal, between 40°F (4.4°C) and 50°F (10°C) should be fine. I have had a lot of trouble forcing hyacinths the last few years, ever since our heating system was upgraded and the temperature in the basement never drops below 50°F. It hovers between 51° (10.5°C) and 52° (11.1°C), which I wouldn’t expect to make that much of a difference, but it’s the only thing I can account for hyacinth bloom stalks not rising up past the leaves.

I’ve also tried storing the dry bulbs in our second refrigerator. No fruit is stored in this refrigerator–fruit gives off ethylene gas, which keeps the flowers from blooming–but other food is. The ideal temperature for chilling food is above 32°F (0°C) but no higher than 40°F (4.4°C), quite a bit colder than the ideal bulb chilling temperature. Many of my bulbs rotted, and this could be why. Or maybe it was just a bad batch of bulbs.

That’s why I didn’t try to force hyacinths this year.

Instead, I decided to give paperwhites another go. I purchased a bunch of ‘Ariel’ paperwhites because this variety is supposed to be shorter than many paperwhites. I tried the first batch in clear vases on pebbles, using the tallest vases I had to avoid the need for staking.

The one that is stalled in the photo above is still stalled two months later. Still no sign of root growth, but the shoot is still green and firm, and the bulb–as much as I can feel of it–is still firm, so I haven’t removed it from the glass to see what’s going on.

I couldn’t really stake the ones in the glasses, though, so I just tied ribbon around them, and then sometimes they leaned over with the ribbon.

How to prevent leaning

Art Wolk says they should be forced at temperatures below 70°F (21°C) otherwise they get leggy. I kept them out of the warmest room of the house (where the wood stove is) but where I did force them was probably in the high 60s. Note to self: next year try them in the room furthest away from the wood stove.

Another way to keep them short is by adding alcohol to the water. Full directions here. This only works if you force the bulbs on pebbles, and it didn’t work so well for me, the one time I tried it.

And another thing, despite being the “easiest bulbs to force,” you do still have to water them. If you don’t water them in a timely fashion, some of the buds will blast.

Sometimes the most attractive containers don’t have drainage holes, so you either risk drowning them in sodden soil or drying them out in pebbles that weren’t topped up in time: One of the conundrums of indoor winter gardening.

And–the fragrance–or should I say odor?–is not for everyone. I always hope it will smell like the poet’s narcissus of spring, and it kinda-sorta does for about one day. The rest of the time it smells “off,” not quite rotten but not really nice, either.

If I remember to look at this post before splurging on bulbs to force again, I will try the narcissus that are not quite paperwhites, such as ‘Grand Soleil d’Or’, which, according to Brent & Becky’s Bulbs, takes a little bit longer to force, but smells better. And I will pot them all up in potting soil, and skip the pebbles.